This is an old project, and probably no one currently at Omega Verksted knows anything more about it than what is provided on this page. You can try to recreate it if you want, but the documentation is provided as-is and it may be outdated.

IrCom is a project aimed at creating an IR interface to use with a remote control. The main motivation for this project was to be able to control the robot in RoboCom with the nifty little apple universal remote. This involved a considerable amount of backwards-engineering, (or "hacking" if you wish), since the protocol used in the remote has not been officially published.

The first step was to find out what exactly the little remote control sends when you push a button. This was not quite easy, since the protocol appeared to be quite complex. Work had previosly been done on a Sony remote protocol, which is really simple in comparison. A sensor was attached to an AVR, which had an CP2103 USB to UART connected to it. Thus information received from the IR sensor could be sent to a computer. A test program was written for the AVR, for measuring the time between rising and falling flanks of the input from the sensor. This information was then sent to a computer, where some processing in MATLAB yielded some interresting results.

By comparing the subtle differences in a certain part of the signals, a general idea could be formed about how to write a program for identifying which button is pressed. 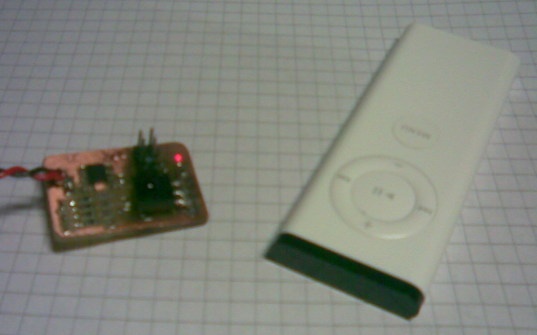 The reception circuit is really quite simple. A small AVR Attiny13 was used. Four LEDs are connected to the tiny13's PORTB[0:3], which gives a four bit output and a way to visualize the output. (Especially useful during testing). The IR sensor, a Panasonic PNA4203 is also connected to the AVR. This IR-sensor is a standard 38 kHz infrared phototransistor with filtering and amplifying circuits onboard. Also attached to the circuit board is a 3.3V regulator.

While the reception circuit turned out pretty nice and ordered, the code it runs is a whole different story. The C-code posted here is merely for fun, you could say. If you are interrested in building or programming something like this yourself, I would recommend writing your own program, and not even try to understand mine. I barely do. 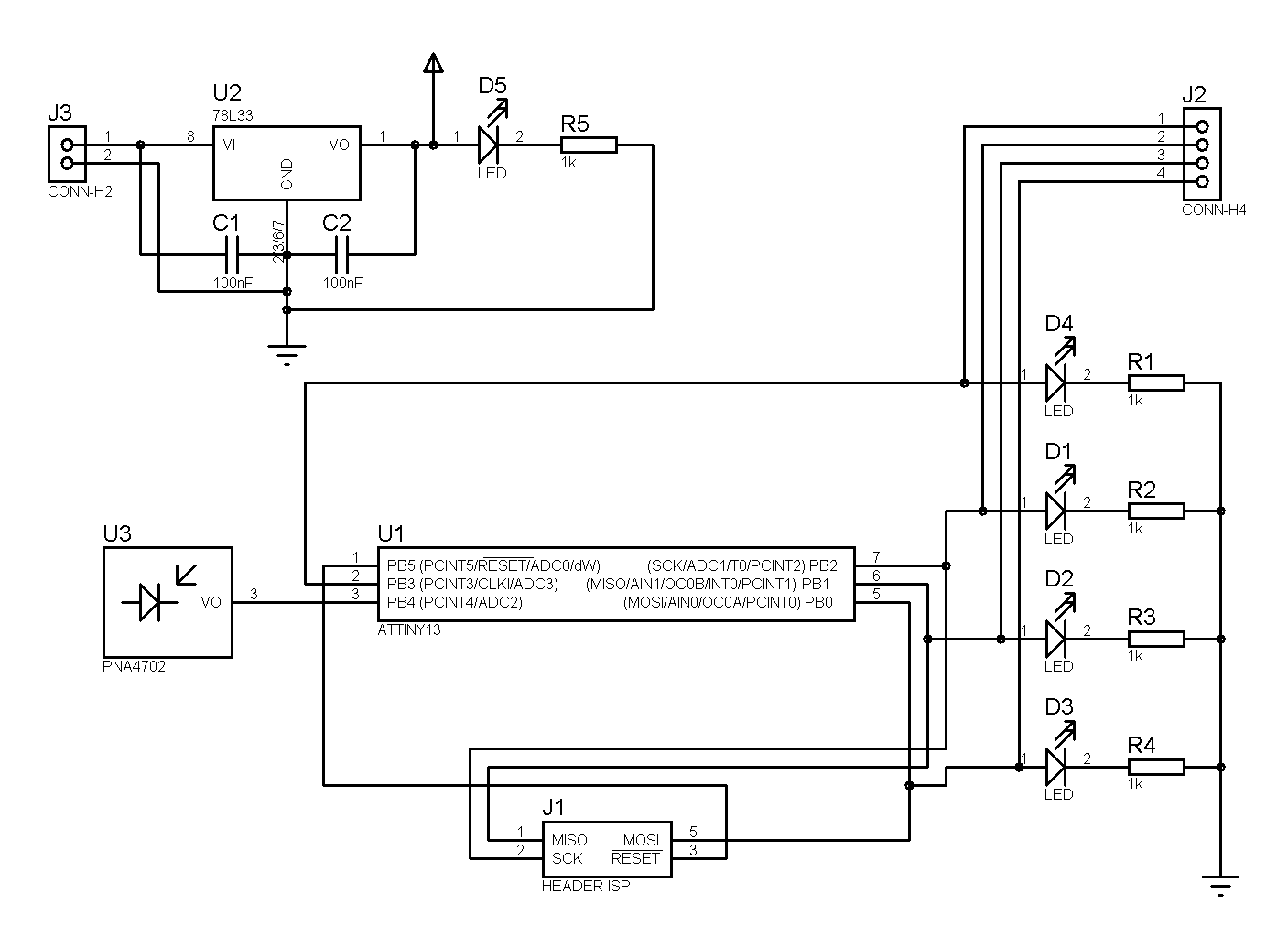 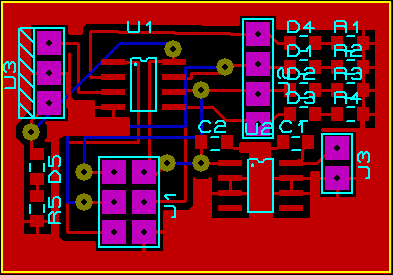