It was originally a challange for Ghost in the Shellcode 2015 and was made by vector35. This is a rehost of that event so new people can experiment with gamehacking. This is summary from the original website

Pwn Adventure 3: Pwnie Island is a limited-release, first-person, true open-world MMORPG set on a beautiful island where anything could happen. That's because this game is intentionally vulnerable to all kinds of silly hacks! Flying, endless cash, and more are all one client change or network proxy away. Are you ready for the mayhem?!

Like most modern MMORPGs, Pwn Adventure 3 features plenty of...

A large, open world isn't useful unless it's filled with quests. So, just in case the bears and hacking challenges don't keep you busy, we've packed in more quests than ever before. You'll be doing quests until the cows come home! 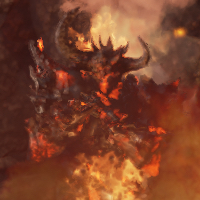 If world bosses with epic and legendary loot is your thing, we have a game for you! But, beware - some bosses may need more than your buddies and some upgraded gear to overcome...

Do you find first-person, player-eat-player action exhilerating? We've got you covered with a toggleable PvP mode available all over the island. But, don't forget - we encourage cheating. Make sure your aimbot is as good as your opponent's!

We have made some changes to the original gamefiles under

So you are able to connect to our servers. There are no other changes to the original gamefiles