Omega Verksted maintains a complete design for a dual resonant, solid state, musical tesla coil. The design is under continuous (although sometimes slow) development. All source files can be found in the Omega Verksted git: git.omegav.no/teslakom/

A Tesla coil is an electrical resonant transformer circuit designed by Nikola Tesla in 1891. It produces very high voltages using a combination of the "classical" transformer effect and resonance effects. A primary and secondary coil are inductively coupled such that they induce voltages in each other. The secondary coil has many more turns than the primary, such that the voltages on the secondary side are much higher. Additionally, one or both coils are tuned such that they resonate, further increasing the overall system's ability to store energy.

An oscillator is any system where one or more variables repeatedly swing around a certain equilibrium. In a physical oscillator, energy will typically alternate between two forms. In electric systems, a simple oscillator can be made by connecting a capacitor and an inductor in series (LC circuit or Tank circuit). In this system, the energy in the system will alternate between being stored as voltage in the capacitor, or current in the inductor. When current flows, it will charge the capacitor, and when the capacitor is charged, it will drive a current through the inductor. This is analogous to how in a pendulum, energy will alternate between being stored as kinetic and potential energy.

A resonant system is an oscillatory system that responds more strongly to a particular frequency. For instance, a swing (a pendulum) is a resonant system, because it will oscillate with a greater magnitude if you push on it with a certain frequency. Similarly, an LC circuit also has a specific resonant frequency, and feeding it with a signal at that frequency will induce a stronger oscillation. Given that the energy fed to the system is greater than the energy loss in the damping of the oscillation (resistance), the oscillation will grow "indefinitely" within physical boundaries. In the case of the tesla coil, this means that the oscillation will grow until the voltage is high enough to cause a dielectric breakdown of the air around it, turning it into plasma. In other words, the voltage increases until lightning bursts out of the top.

This is the type of coil built and employed by Omega Verksted. In this type of design, both the primary and secondary coils are tuned (LC circuits), so that they resonate with the same frequency (dual resonance). The coils are driven by pulses of voltage switched by power semiconductor devices (IGBTs in our case). 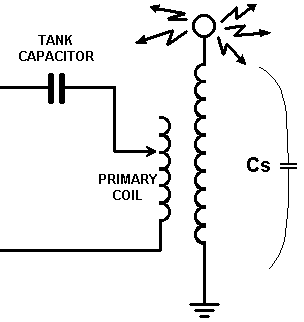 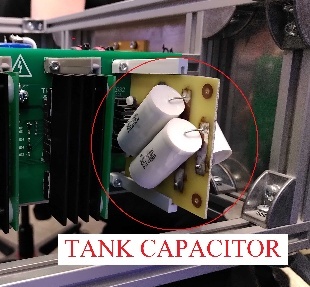 While the inductors can be clearly seen, where are the capacitors in the two LC systems described above? The capacitor in the primary circuit is a "regular" capacitor (serial-parallel bank) located inside the driver chassis ("Tank Capacitor"). For the secondary circuit, the two surfaces of the capacitor are made up of the top load and the surrounding environment (CS).

The tesla coil must be driven with an input signal with a frequency equivalent to the resonant frequency of the coil. In order to do this more accurately, the OV design makes use of a circuit that automatically tunes the driver frequency to that of the natural frequency of the coil, measured continuously during live operation. The coil is initially fed with a pulse of voltage, and the resulting oscillating current is measured with an auxiliary inductor. When the current crosses zero, a voltage pulse of the opposite sign is applied to the coil. Pulsing the voltage when the current is ~zero minimizes the power dissipated in the IGBTs (P = V⋅I). In other terms, the impulse response of the system is measured in order to find the resonant frequency.

We regularly have tesla shows in public and at certain private events. See more information about this here.

For safety instructions, see here. Only trained board members can operate the tesla coil.

A master thesis has been written on the design of the Omega Verksted tesla coil, which can be found here: github.com/Cable89/NTNU-Master-Thesis 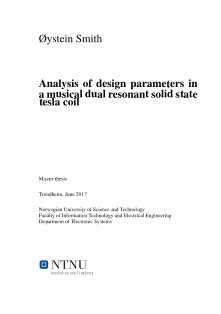 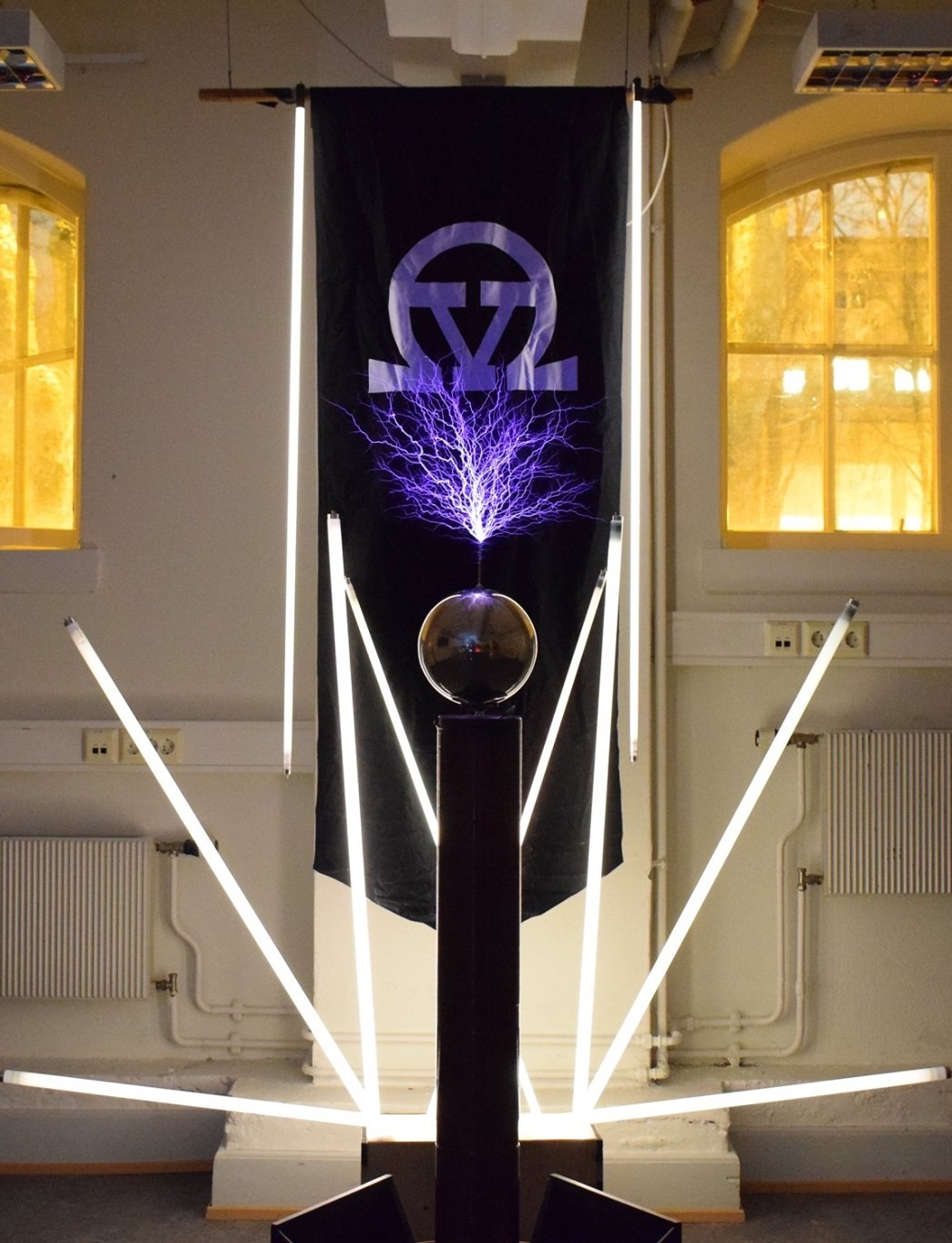