The Omega Verksted Video Synth is a modular video synthesizer system. It is connected to a matrix video switch which can route video signals around the room. The rack it is housed in ("The Sofa Rack"), is also intended as a platform for people to experiment with modular synths in general. Currently 3x84HP of eurorack space is installed, fitted with eurorack power supplies for +/-12V providing a total of 18A for each channel.

Analog video was the standard before digital video formats were developed. There are many different standards of analog video. Most are conceptually similar, but they have varying numbers of signal channels (wires, or signal/return pairs), as well as different modulations. They are all based on the analog signal(s) drawing the horizontal lines of the image one by one, and then starting at the top again for the next frame. Some are backwards compatible and/or semi-cross-compatible.

The OV video synth uses mainly composite video, but also some YPbPr, and some VGA externally.

Luminance and Chrominance in analog video refers to the brightness in the image (B/W) and the color information in the image, respectively, as illustrated to the right.

Composite video is a video format where the video information required to recreate a color picture, as well as line and frame synchronization pulses, is encoded on a single wire. The color video signal is a linear combination of the luminance of the picture and a modulated subcarrier which carries the chrominance or color information, a combination of hue and saturation.

An analog video signal requires a mechanism for synchronizing the lines and frames of the video. That is, when to start drawing a new horizontal line and when to start from the top. 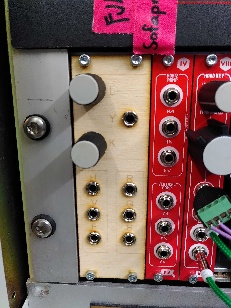 Decodes and encodes composite video. Based on: Outputs generic ramp signals that correspond to the position on the screen, as defined by the sync signals. Se small icons below each jack to see what kind of ramp. Mostly a comparator, which compares an input video signal to a threshold. Areas of the video that are above (brighter than) the threshold are set to max luma, while areas that are not are output as 0.

It also features a control voltage (CV) input which can be added to the input signal. 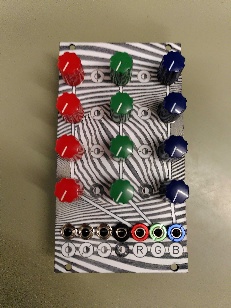 Matrix mixer that outputs three signals generated from weighted averages of four input signals. Weights are determined with the knobs.

Intended as an RGB mixer towards the end of the signal chain before the composite encoder. 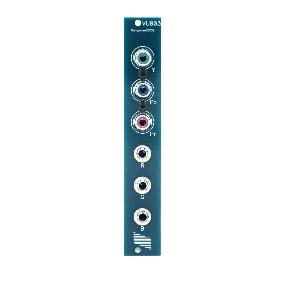 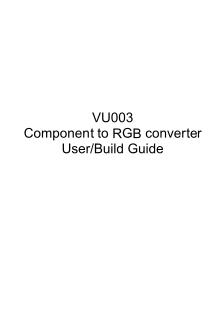 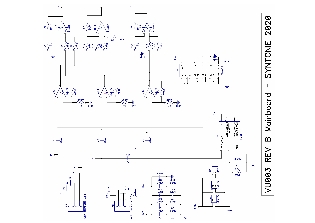 Converts YPbPr component video to synth-compatible RGB signals. Mounted on the back of the synth. 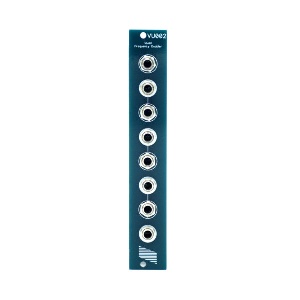 Each stage (each pair of jacks from top to bottom) doubles the signal frequency. If no patch is inserted into the next stage, its input becomes the previous stage, and they are chained together to multiply the signal at the input up to 16x. Alternatively, the switching jacks allows you to break the connection between each stage to use them individually.
One stage can be used to: 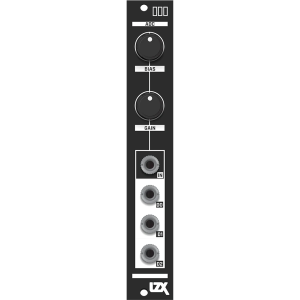 The Analog to Digital Converter is used to change an analog input signal in to a 3-Bit data stream. 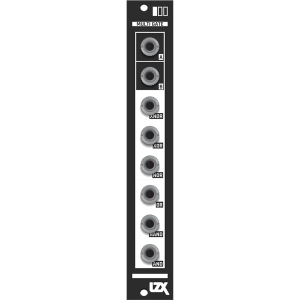 The Multi-Logic Gate has 2 inputs and XNOR, XOR, NOR, OR, NAND, and AND outputs. 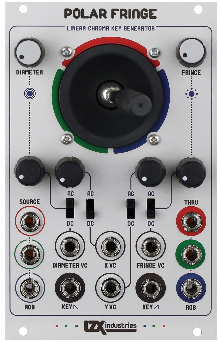 "Polar Fringe is an analog chroma key generator with a continuously variable soft edge surrounding its location the colorspace. With wide bandwidth voltage control over all four parameters, it’s hard to draw the line hard line between chroma keyer, a complex 2D processor, or even a de-colorizer."